What can we learn from J.K. Rowling and Stephen King?

Reprogramming your Mind for Success:

You May Be Picking Up Toxic Beliefs That Doom Your Efforts

Beliefs drive human behavior and can play a pivotal role if you want to change your behavior. Don’t be deceived into thinking otherwise. We choose our own beliefs and opinions. We can distinguish between limiting beliefs where you believe things like you’re incapable of striking out on your own or even thinking about a career like being a Freelance Writer. You may also believe that you’re not up to the job of looking after yourself and your family. You will never be able to start and successfully run your own business, working from home. These are all limiting, toxic beliefs that are assumptions about yourself and your situations, which may or may not be true!

Nobody’s forcing you to be miserable and believe these things about yourself. I know that it may be uncomfortable to hear things like this because we’re human beings. We’re trapped in our own prison of weak flesh, and we would love to have somebody or a situation to blame.

You choose your beliefs, and these are the foundation of your reality. They are also the lenses through which you can filter out reality. If you believe that you are too old to start a brand new career following your passion, or you will never be able to be a successful freelance writer because you’re not a creative writer, I’m sorry to tell you that these beliefs will become your reality.

How can you change the situation?

How do you fight back against your toxic beliefs? You can challenge these assumptions and limitations. Change your thoughts from limiting to empowering. Generate positive beliefs about yourself. You don’t have to think hard to get role models that are inspiring in this regard.

J.K. Rowling has lived a life of “rags to riches,” where her life changed from living on benefits to being named the world’s first billionaire author by Forbes! She couldn’t even publish her famous Harry Potter series under her full name of Joanne Rowling because her publishers thought that young boys (their target audience) wouldn’t like to read a book written by a woman!

She changed her author name to J.K. because it sounded more male. Yes, it’s sexism at its worst, but what if she stopped writing because of a possible misguided and negative belief that a woman cannot write a successful book meant for boys?

She, thankfully, continued down her path following her passion, and we are all happy that she did. By the way, both boys and girls and many adults (men and women) read all of her books and watched all of the movies. On Twitter, there is a lively debate about whether you belong to the house of Gryffindor, Ravenclaw, or Hufflepuff (each of these houses stands for various characteristics and qualities like loyalty, dedication, hard work, and patience).

Another role model for Creative Entrepreneurs is Stephen King. “It’s nearly impossible to overstate how influential Stephen King is. For the past four decades, no single writer has dominated the landscape of genre writing like him”.

Before becoming a successful author, he was a High School English Teacher, and although he has written short stories for magazines like Playboy and other men’s magazines, real success as a writer continued to elude him.

His wife, Tabitha, retrieved draft pages of what was to be the novel “Carrie” from his trashcan and encouraged him to keep working on the story idea, which became a very successful novel. That novel went on to earn $400 000 (in its paperback format). The movie, adapted from the book, grossed $33 million! Not bad for a High School Teacher who earned $6400 a year at that point.

Before “Carrie”, Stephen King believed that no one would ever publish his novels. The New York Times quoted him to say: “I was depressed. I began to think that only cousins of editors get books published.” This is a limiting belief. If his wife also succumbed to these limiting beliefs and left Carrie’s pages in the trashcan, where would we be? We would not have the excellent (chilling) books and movies that we have read over the years and are still reading. Stephen King’s LEAST successful novel sold 1 400 000 copies! His limiting beliefs about himself could have stalled a very successful career.

The point is that you should STOP assuming that the negative beliefs you hold about yourself are true. Change your mindset and focus on a whole new set of empowering beliefs.

You can actively make your beliefs work for you instead of against you. What you believe about yourself is a two-edged sword. Learn how to craft your beliefs to be beneficial to you, your career and dreams, and all the people depending on you. More about this in the next installment. Keep tuned. 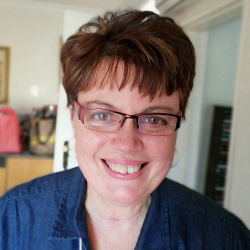 Follow me
Kim Bock
Freelancer, Blogger, Online Marketer & Teacher at The Freelance Writing Blog
Kim writes for individuals, big & small companies, and Blogs. She is an experienced Negotiator (Industrial Relations) and she is also currently the Marketing Manager for WebScripto. She has also recently become an Instructor at Udemy. See more in the 'About' section of Freelancewritingblog.com

Follow me
Latest posts by Kim Bock (see all)

You can find out more about which cookies we are using or switch them off in settings.

Add The Freelance Writing Blog to your Homescreen!

This website uses cookies so that we can provide you with the best user experience possible. Cookie information is stored in your browser and performs functions such as recognising you when you return to our website and helping our team to understand which sections of the website you find most interesting and useful.

Strictly Necessary Cookie should be enabled at all times so that we can save your preferences for cookie settings.

If you disable this cookie, we will not be able to save your preferences. This means that every time you visit this website you will need to enable or disable cookies again.